Library Browse MOON OVER THE MANUKA... 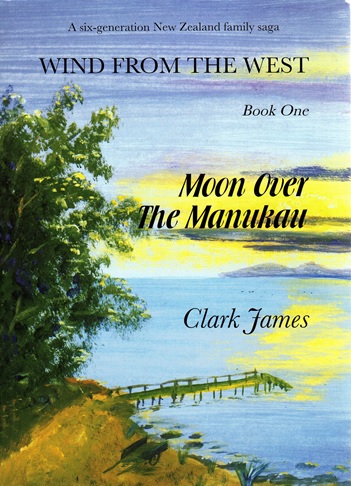 pdf
Moon Over The Manukau

Loading...
Moon Over The Manukau commences with the engagement of Priscilla Caldwell and Ben Chester at midnight 1900 during a rural party. In Auckland Priscilla's sister, Emily, celebrates View more
Save for later

Clark James author and artist has been writing and painting since his long-ago schooldays. Success came with the eventual release of the Wind From The West series of six historical novels. For four years various Auckland libraries displayed his scenes from the novels. A variety of novels followed, including the politically controversial Plantation, ebook version Earth's Revenge, dealing with the aftermath of a cyclone, and The Consequence: the fallout from chemical warfare. During the week of the Kaikoura earthquake he published the twin ebooks Deprived and the more sexually explicit Depraved. These also relate the economic and political fallout after a double subduction of the Tonga and the Kermadec tectonic plates and eruption of three volcanoes. Three sequels are in the pipeline Clark is second time married with children and step-children, numerous grand-children and great-grandchildren.
Close