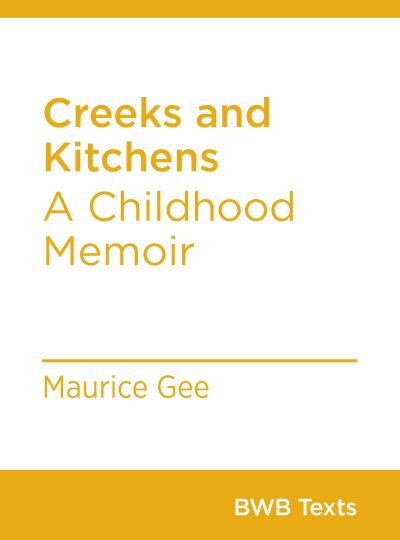 Creeks and Kitchens - A Childhood Memoir

Loading...
Widely regarded as one of New Zealand's greatest fiction writers, Maurice Gee has written virtually no non-fiction. The exceptions are the two exquisite childhood reminiscences View more
Save for later

Maurice Gee is widely regarded as one of New Zealand's greatest authors, for both adults and children. He has received numerous awards, nominations and grants for his adult fiction, including the Wattie Award and the Montana Award, and also for his young adult and children's books. In 2004 he received a Prime Minister's Award for Literary Achievement. His adult novels include the Plumb trilogy, Going West, Prowlers, Live Bodies and Blindsight.
Close