Library Browse BREAKTHROUGH: HOW ON... 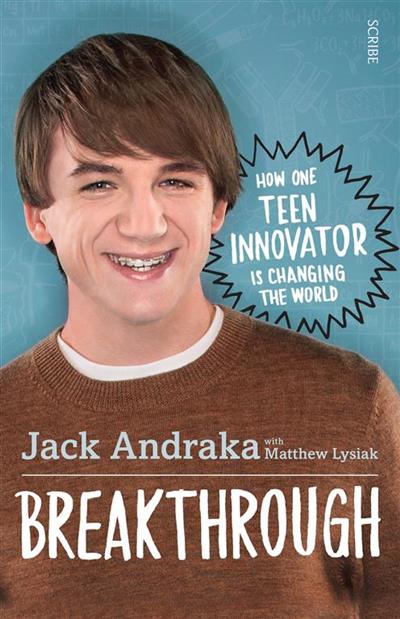 Breakthrough: how one teen innovator is changing the world

Loading...
Teen scientist Jack Andraka chronicles his development of an inexpensive early detection test for pancreatic, ovarian, and lung cancer, and recounts his own personal story of View more
Save for later

'Spectacular stuff ... What Jack is doing is better than what I was doing in high school, I promise you.'

Jack Andraka is the recipient of the Smithsonian American Ingenuity Award, was awarded first place in the Siemens We Can Change the World Challenge, and has received a National Geographic Explorer grant, the Intel Gordon Moore Award, and the Stockholm Water Prize. In 2013, he was Michelle Obamaas personal guest at the State of the Union address. Andraka has been featured in several documentaries, including Morgan Spurlockas You Donat Know Jack, and in newspapers and magazines around the world. He lives in Baltimore, Maryland, and enjoys kayaking and watching Glee.
Close