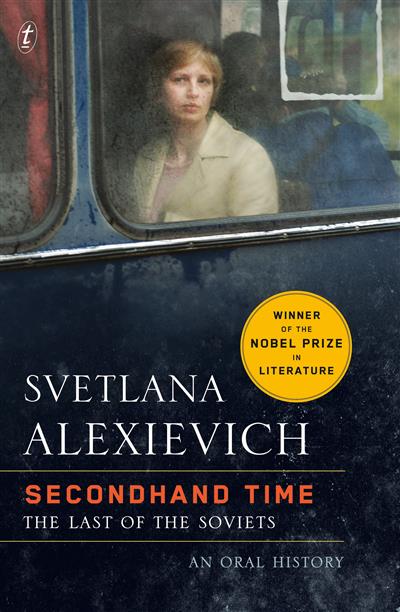 Secondhand Time: The Last of the Soviets

Loading...
From the 2015 winner of the Nobel Prize in Literature, Svetlana Alexievich, comes the first English translation of her latest work, an oral history of the disintegration of the View more
Save for later

Svetlana Alexievich was born in the Ukraine in 1948 and grew up in Belarus. As a newspaper journalist, she spent her early career in Minsk compiling first-hand accounts of World War II, the Soviet-Afghan War, the fall of the Berlin Wall and the Chernobyl meltdown. Her unflinching work-'the whole of our history...is a huge common grave and a bloodbath'-earned her persecution from the Lukashenko regime and she was forced to emigrate. She lived in Paris, Gothenburg and Berlin before returning to Minsk in 2011. She has won a number of prizes, including the National Book Critics Circle Award, the Prix Medicis, and the Oxfam Novib/PEN Award. In 2015, she was awarded the Nobel Prize for Literature. Bela Shayevich is a writer, translator and illustrator. Her translations have appeared in journals such as Little Star, St. Petersburg Review, and Calque. She was the editor of n+1 magazine's translations of the Pussy Riot closing statements. Of Alexievich's writing, she says it is 'resounding with nothing but the truth'.
Close