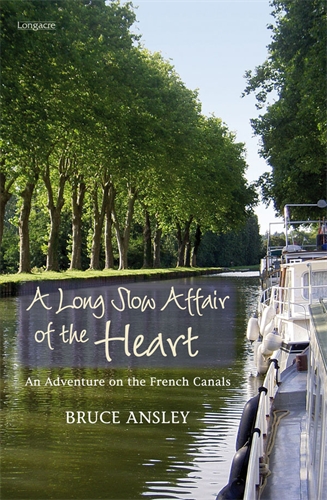 A Long Slow Affair of the Heart

Loading...
I'd throw in my job, do something so different, so bold, that it would change our lives; throw the cards in the air and the heck where they landed. Craving adventure, Bruce Ansley View more
Save for later

In the last quarter-century or so, award-winning journalist Bruce Ansley has written for newspapers, including the London Sun, radio, and television shows such as A Week of It and McPhail and Gadsby. He was a staff writer for the NZ Listener magazine until the end of 2006, when he left to become both canal voyager in France and full-time writer of books. His last book was Stoned on Duty (Hodder Moa Beckett), a tale of intrigue involving the police war on drugs. Despite the events described in A Long Slow Affair of the Heart, Bruce is still married, with twin sons, and lives in Christchurch.
Close