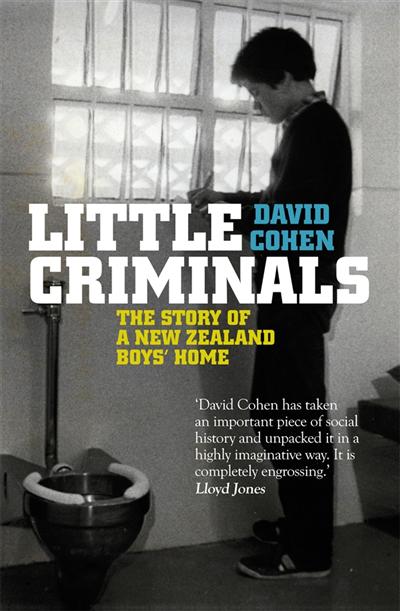 Loading...
A unique and powerful look at a New Zealand experiment in social welfare gone wrong. From the late 1950s to the mid 1980s, when most of them were closed down, the New Zealand View more
Save for later

David Cohen is a Wellington-based journalist whose work has appeared frequently in publications in New Zealand and abroad, including the Christian Science Monitor, the Jerusalem Report and The Australian. Closer to home, he contributes a fortnightly column on media affairs - the longest-running column of its type in the country - for the National Business Review. An anthology of his journalism, Welcome to the Campus of Struggle, was published in 2004. Some of Cohen's finest work has been prompted by personal experiences and circumstances. A Perfect World is a combined family memoir and investigative survey on autism, based on his experience as the father of an autistic son; while Little Criminals uses Epuni Boys Home as a basis to study New Zealand's now-scandalous residential juvenile criminal system of the 1950s to 1980s. Professor Roy Richard Grinker, author of Unstrange Minds: Remapping the World of Autism, and Professor of Anthropology at George Washington University, has praised Cohen for his 'erudition and literary elegance', calling him a 'gifted writer' who 'moves so gracefully across narratives, scientific discourses, artistic genres, historical periods and continents that you hardly notice the full force of his prose until the conclusion when, suddenly, it hits you: Cohen has made us see autism as an essential part of the human condition.' Man Booker Prize winner Lloyd Jones wrote of Little Criminals: 'David Cohen has taken an important piece of social history and unpacked it in a highly imaginative way. It is completely engrossing.'
Close