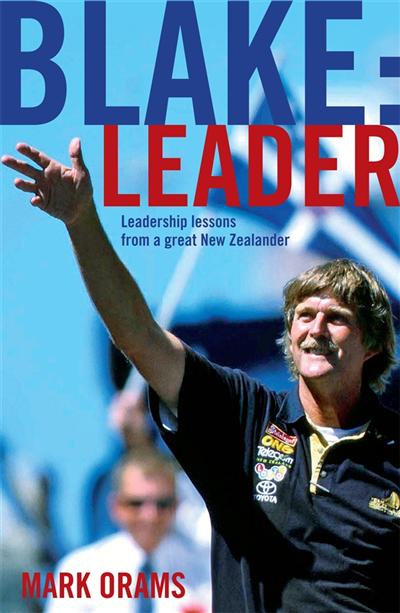 Loading...
How to lead winning teams: an insider's insight into the leadership of yachting legend Sir Peter Blake. New Zealand lost one of its favourite sons when Sir Peter Blake was shot View more
Save for later

Mark Orams, author of motivational biography Blake: Leader - leadership lessons from a great New Zealander is a successful, award-winning yachtsman, scientist, environmentalist and adventurer. He was the inaugural executive director of the Sir Peter Blake Trust from 2004 to 2007 and has spoken widely on Blake's leadership style. A founding member of the Coastal-Marine Research Group, he is Associate Director (Coastal and Marine Tourism) at the New Zealand Tourism Research Institute of Auckland University of Technology. As a marine scientist, he has a particular interest in applied research projects with tangible benefits for resource management. An accomplished yachtsman who won 12 New Zealand titles over a range of different yachting classes, he was New Zealand Yachtsman of the Year as part of the Steinlager 2 crew which won the 1989/90 Whitbread Round the World Yacht Race. A member the Team New Zealand crew that successfully defended the America's Cup in 2000, he also took part in the 2003 defence of the Cup. In 1999, 2005 and 2008, he was the Laser Radial Masters World Champion. Orams was the onboard scientist and scientific adviser for Blakexpeditions on the Seamaster expedition, and now explores offshore and remote islands onboard research yacht Jocara. Pro-formance Driven, reviewing Blake: Leader, found the book thought-provoking about what qualities good leaders share, and identified 'a vital tool to listen to people more than others, they take on knowledge and ideas of people around them', which expresses itself in a tendency to choose the person over the existing skill-set or experience, to be people-orientated, and to encourage rather than criticise. Similarly, Anne Hinton, writing for Sail Race Win, identified Blake's focus on 'inclusiveness', and also acknowledged 'the specific kiwi aspects to the leadership styles' of Blake and other New Zealand greats - resourcefulness, creativity, synergies, determination and humility. She notes that Oram's 'uniquely privileged position to know Blakey', in both the sailing and environmentalism contexts, has resulted in a book which is 'essential reading'. She continued: 'Mark Oram's seminal book on Sir Peter Blake's leadership skills might also be subtitled How to 'do' Team. '
Close