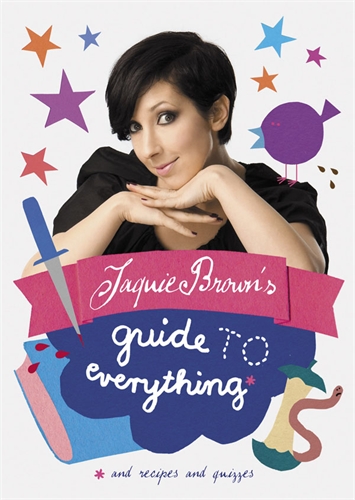 Jaquie Brown's Guide to Everything: And Recipes and Quizzes

Loading...
If you're a modern, good-looking human, you need Jaquie Brown's Guide to Everything (and recipes and quizzes). From food and your body to animals, birds and the environment, from View more
Save for later

Jaquie began her broadcasting career at bFM and later became one of the original anchors on music channel C4 before moving on to being a reporter for current affairs programme Campbell Live. In 2008 the first series of The Jaquie Brown Diaries was screened on TV3 to great success, leading to the show being named best local comedy at the 2009 Qantas Film and TV Awards. She was also the NZ Herald and North and South's Entertainer of the Year.
Close