Library Browse OVER THE MOUNTAINS O... 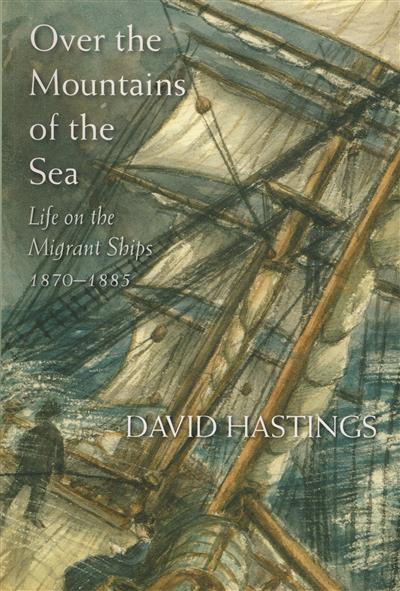 Loading...
Based on the direct testimony of more than 80 shipboard diaries, this books uses the stories of ordinary people to paint a vivid picture of the 'voyage out' to New Zealand during View more
Save for later

David Hastingsa career in journalism spans more than four decades. He began working as journalist as a copy boy on the Melbourne Sun in 1970 and ended in 2013 as editor of the Weekend Herald. In between times he worked for Australian Associated Press, the Australasian Express in London, the ABC in Melbourne as sub-editor, producer and then television news editor. At the New Zealand Herald between 1987 and 2013 he was a sub-editor, foreign editor, news editor, deputy editor and, finally, editor of the Weekend Herald. He left the Herald in January 2013 to pursue his interest in writing history. Hastings has an MA(Hons) in History from The University of Auckland. His first book, Over the Mountains of the Sea: Life on the Migrant Ships, 1870a"1885 (AUP 2006), was based on the research he did for his MA thesis. Mary Dobie features prominently in that book through her paintings and sketches of life on a migrant ship as well as the diary she kept with her sister.
Close