Library Browse THE LETTER FOR THE K... 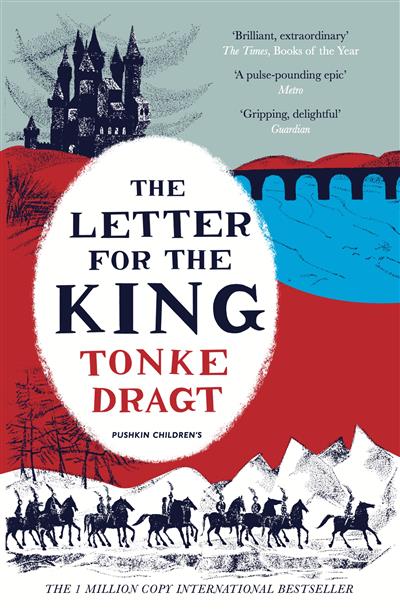 The Letter for the King

Loading...
A young messenger. A secret mission. A kingdom in peril. It is the dead of night. Sixteen-year-old Tiuri must spend hours locked in a chapel in silent contemplation if he is to be View more
Save for later

The story has the quality of a legend, a tale of ancient times. Over a million copies of the book have been sold worldwide. The Letter for the King has everything. Nederlands Dagblad There ought to be... View more

Tonke Dragt was born in 1930 in Indonesia. When she was twelve, she was imprisoned in a Japanese camp during the war, where she wrote her very first book using begged and borrowed paper. After the war, she and her family moved to the Netherlands, where she became an art teacher. In 1962 she published her most famous story, The Letter for the King, which won the Children's Book of the Year Award and has been translated into sixteen languages. Its sequel, The Secrets of the Wild Wood, followed in 1965. Dragt was awarded the State Prize for Youth Literature in 1976 and was knighted in 2001.
Close