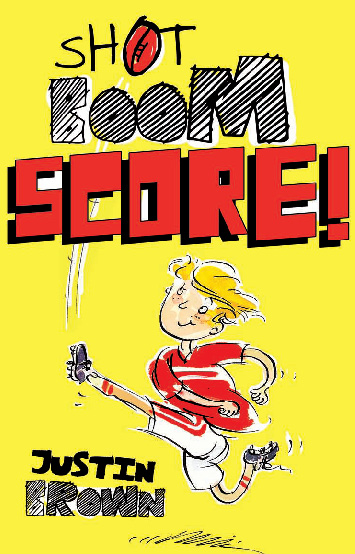 Loading...
'Toby, if you get twenty wickets and ten tries before the end of the year, Mum and I'll buy you a new GameBox V3.' Can you believe it? One minute I'm in trouble for double-bouncing View more
Save for later

Justin Brown is an author, TV and radio host. He wrote his first book when he was seven (complete with ISBN number and recommended retail price) but waited a few more decades to publish UK on a G-String, the first of several successful travel memoirs. He has also written a number of books for children that have proved very popular in New Zealand schools, such as his Mike Cool-as-you-like series. All up, Justin has published 25 books (five of which are bestsellers in NZ). When he's not writing, Justin hangs out with his family, plays the ukulele, watches/ plays sport and tells bad jokes on his radio show.
Close