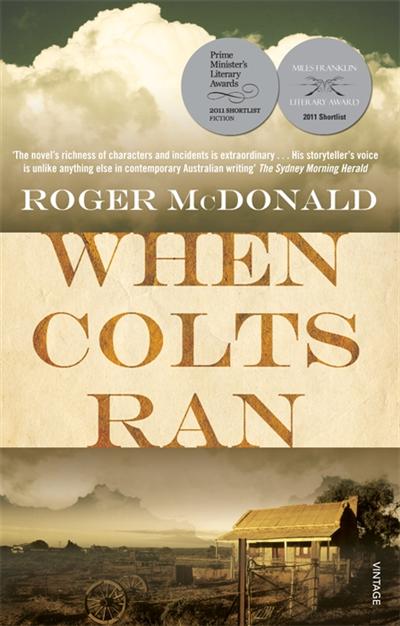 Loading...
Dealing with friendship, toil, hope and failed promise, the author follows the story of Kingsley Colts as he chases the ghost of himself through the decades, and in and out of the View more
Save for later

Roger McDonald was born at Young, New South Wales, and educated at country schools and in Sydney. He began his working life as a teacher, ABC producer, and book editor, wrote poetry for several years, but in his thirties turned to fiction, expressing the feeling that for him, at least, poetry was "unable to express a full range of characters and moods, the larger panorama of Australian life that I felt was there to portray". His first novel was 1915, a novel of Gallipoli, winner of the Age Book of the Year, and made into a highly successful eight-part ABC-TV mini-series (now on DVD). Since 1980 McDonald has lived on farms (no farm animals except poultry and a corrugated iron sheep, these days) outside Braidwood, south-eastern New South Wales, with intervals spent in Sydney and New Zealand. His account of travelling the outback with a team of New Zealand shearers, Shearers' Motel, won the National Book Council Banjo Award for non-fiction. His bestselling novel Mr Darwin's Shooter, was awarded the New South Wales, Victorian, and South Australian Premiers' Literary Awards, and the National Fiction Award at the 2000 Adelaide Writers' Week. The Ballad of Desmond Kale won the 2006 Miles Franklin Award and South Australian Festival Prize for Fiction. A long story that became part of When Colts Ran was awarded the O. Henry Prize (USA) in 2008.
Close