Library Browse THE CASE OF THE MISS... 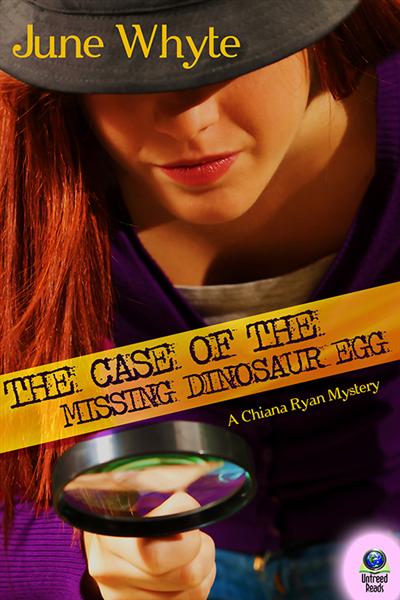 Loading...
Chiana Ryan, PI (sort of) is deep in the middle of an exciting mystery, and everything is coming up eggs. First there's the 120-million-year-old dinosaur egg that disappears from View more
Save for later

My name is June Whyte and I'm married to Jim, have three grown kids, a horse called Honey and a soppy white whippet called Ralph. If I'm not out riding Honey or checking greyhounds for injuries after they've raced, you'll find me at my desk in Elizabeth, South Australia, working on my next book. I've worn many hats over the years. So many I should have opened a hat store. Let's see...I've been a kindergarten/primary-school/high-school teacher, an admin. assistant in an office, trained winners in prestigious races while wearing my professional greyhound trainer's hat, I've had books published on greyhound training with Rigby and text books on both racing greyhounds and horses for TAFE SA colleges. In my spare time I competed successfully (and sometimes disastrously) in dressage, showjumping and one-day-events. And now I write fiction. After two humorous children's mysteries, Murder Sucks and Suck Eggs which were published by Zumaya, I've become an e-author in the innovative Untreed Reads' stable. In both Chasing Can Be Murder, the first in the Kat McKinley greyhound series which hit online bookstores in September 2010 and Sex on Tuesdays, the first in another humorous mystery series which comes out late February, early March, I straddle two genres, mystery and chick lit. Who's my favourite author? Well, I do enjoy reading most cozies and romantic comedies but my favorite author is a toss-up between Janet Evanovich and Jennifer Crusie - can't get enough of either.
Close