Library Browse THE AWESOME INNER WO... 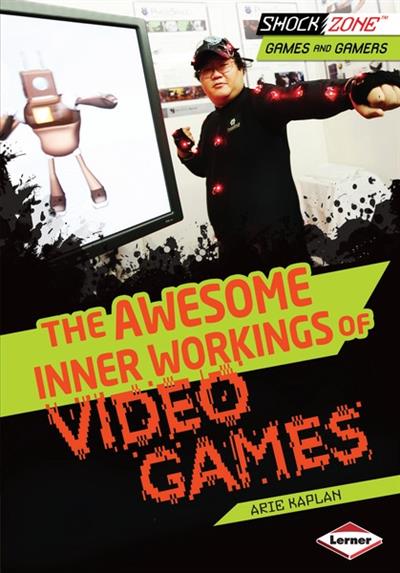 Loading...
Gamers, beware-your video games can think for themselves! Ever wondered what's inside the plastic of your video game console but don't want to crack it open to find out? Crack open View more
Save for later

"This series describes the meteoric rise of the video game industry. It features attractive packaging to appeal to devoted young game players. Each volume explains a different aspect of the field, inc... View more

Arie Kaplan has written jokes and comedy sketches for the television series TruTV Presents: World's Dumbest.... He has also written humor articles for MAD Magazine. Aside from his work as a comedy writer, Arie has written numerous nonfiction books for young readers on subjects ranging from the life of Vlad the Impaler to the history of pop music. As a comics writer, he has written comic book stories and graphic novels for DC Comics, Archie Comics, Bongo Comics, IDW Publishing, Penguin Young Readers Group, and other publishers. He is the author of the acclaimed nonfiction book From Krakow to Krypton: Jews and Comic Books, which was a 2008 finalist for the National Jewish Book Award. He lives with his family in New York City. Please check out his website, www.ariekaplan.com
Close