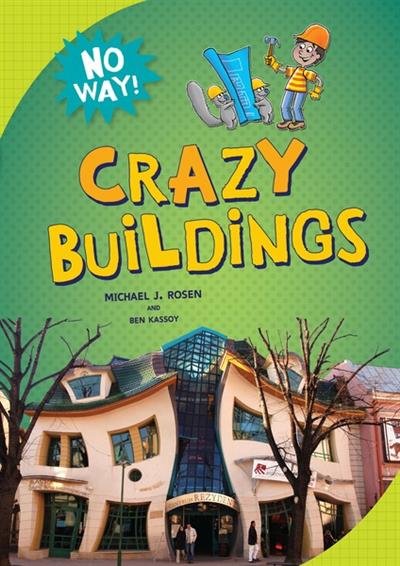 These titles focus on things that are strange, silly, smelly, or just plain yucky, and they have enough trivia and facts to entertain readers for hours. Buildings includes cave homes, tree houses, and... View more

Michael J. Rosen is the acclaimed author of some three dozen books for children of all ages (and even more for grown-ups!), including The Cuckoo's Haiku and Other Poems for Birders; Our Farm: Four Seasons with Five Kids on One Famiy's Farm (which he both wrote and illustrated with some 400 photographs); A Drive in the Country; Don't Shoot!; A School for Pompey Walker; and Elijah's Angel. For over 35 years, ever since working as a counselor, water-safety instructor, and art teacher at local community centers, Michael has been engaged with young children, their parents, and teachers. As a visiting author, in-service speaker, and workshop leader, he frequently travels to schools and conferences around the nation, sharing his stories, poems, creativity, and humor. As a talented editor and illustrator, Michael has enlisted hundreds of other authors and artists to create 15 philanthropic books that aid in the fight to end childhood hunger through Share Our Strength's national efforts, or that offer care to less fortunate companion animals through The Company of Animals Fund, a granting program he began in 1990. For the last four years, working with the Ohio Children's Foundation, Michael created a early literacy activity book, particularly designed for kids who are likely to start school without knowing the alphabet: You, Me, and the ABCs: 100 Ready-for-Reading Activities for Kids and Their Favorite Grown-ups. Ben Kassoy is staff writer for DoSomething.org, one of the largest organizations in the U.S. for teens and social change. He is also the co-author two other books with Michael J. Rosen. His own work has appeared in The Huffington Post, Nerve, The Good Men Project, Thought Catalog, and a host of others. Ben lives in New York City. Doug Jones grew up in Missouri riding a stick horse named Gravy. It was named after his favorite thing. Doug always liked to draw so he got a degree in commercial art. He was hired by a large publishing house in Nashville, TN, where he got to illustrate a variety of products. Doug left to start his freelance career and have been drawing his fun little images for folks for 30 years.
Close