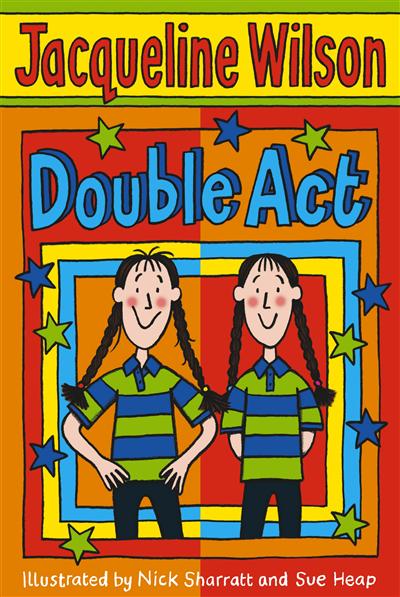 Loading...
Ruby and Garnet are ten-year-old twins. They're identical, and they do everything together, especially since their mother died three years earlier - but they couldn't be more View more
Save for later

Jacqueline Wilson (Author) Jacqueline Wilson wrote her first novel when she was nine years old, and she has been writing ever since. She is now one of Britain's bestselling and most beloved children's authors. She has written over 100 books and is the creator of characters such as Tracy Beaker and Hetty Feather. More than forty million copies of her books have been sold.As well as winning many awards for her books, including the Children's Book of the Year, Jacqueline is a former Children's Laureate, and in 2008 she was appointed a Dame.Jacqueline is also a great reader, and has amassed over 20,000 books, along with her famous collection of silver rings.Find out more about Jacqueline and her books at www.jacquelinewilson.co.uk Sue Heap (Illustrator) Sue Heap is a children's picture book illustrator and story writer. She has worked in collaboration with a number of writers including Sally Lloyd-Jones. Sue and Sally worked on a series of How to . . . books with How to be a Baby being a New York Times bestseller. Another of Sue's books is Cowboy Baby, inspired by a visit to Arizona, which won the prestigious Gold Smarties Award for best picture book. Sue lives in Oxfordshire. Nick Sharratt (Illustrator) Nick Sharratt has written and illustrated many books for children including Shark in the Park, You Choose and Pants. He has won numerous awards for his picture books, including the Sheffield Children's Book Award and the 2001 Children's Book Award. He has also enjoyed stellar success illustrating Jacqueline Wilson's books. Nick lives in Hove.
Close