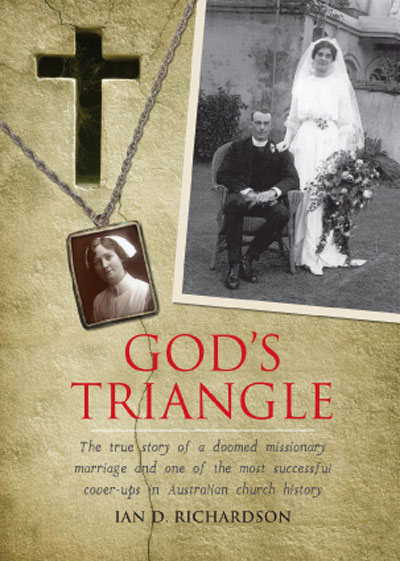 Loading...
A gripping true-life detective story about a 10-year investigation into why the marriage of missionaries, Florence Cox of Melbourne, Australia, and Christchurch-born Frank E. View more
Save for later

Ian Richardson was born in Australia. He grew up in Charlton in North-Central Victoria, where his parents had a printing and newspaper publishing business. He joined the family business on leaving school at the age of 16, not long before his father, John, died at an early age from cancer. Several years later, after his widowed mother re-married and sold the business, he switched to broadcast journalism, first with Radio 3BO in Bendigo (where he met his wife Rosemary) then with Radio Melbourne 3AW. Late in 1968, Ian and Rosemary set out for London where Ian joined the news department of BBC World Service. This led to him spending almost 30 years on the BBC staff, during which he often contributed to the news output of Radio New Zealand. In his latter years with the BBC, he moved into editorial management and project work, spending periods in charge of BBC World Service reporters and correspondents, as a senior editor of BBC World News television, and as the founding editor of BBC Arabic Television. Both Ian and Rosemary have a keen interest in their respective family histories in the United Kingdom and Australia, and it was this interest that took them to the story of God's Triangle.
Close