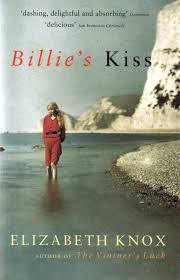 Loading...
With an Edwardian twist on The Tempest, and surprising, earthy, and magical qualities, this irresistible novel is set on the remote, divided Scottish island of Kissack and View more
Save for later

Elizabeth Knox is an internationally acclaimed, award-winning novelist whose work has been published in more than six languages. Her best-known novel, The Vintner's Luck, won numerous awards, including the Deutz Medal for Fiction at the Montana New Zealand Book Awards, and the Tasmania Pacific Region Prize. In 2002 she was made an Officer of the New Zealand Order of Merit (ONZM).
Close