Library Browse TO BE LOVED: THE MUS... 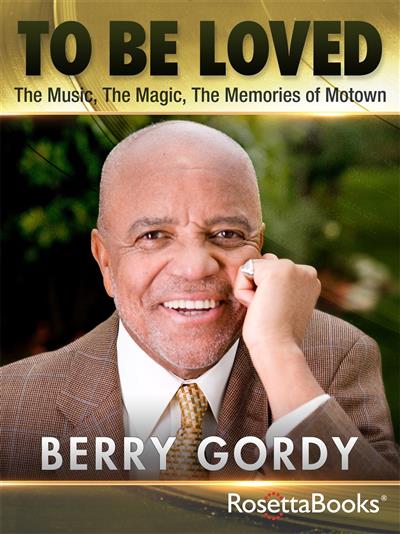 To Be Loved: The Music, the Magic, the Memories of Motown

Loading...
The story of Motown Records and how it changed the course of American music, as told by its founder-"an African American culture hero of historic stature" (The New York Times). View more
Save for later

Berry Gordy is the founder of Motown Records, the hit-making enterprise that nurtured the careers of Smokey Robinson, Diana Ross, Stevie Wonder, Marvin Gaye, The Temptations, Michael Jackson, and many other music greats. The Motown Sound reached out across a racially divided, politically and socially charged country to transform popular music.Mr. Gordy is also a songwriter, boxer, producer, director, innovative entrepreneur, teacher and visionary. Actively involved in the Civil Rights movement, he released the recorded speeches of Dr. Martin Luther King, Jr. His films include Lady Sings the Blues, which garnered five Academy Award nominations.Among the awards recognizing Gordys accomplishments are the Martin Luther King, Jr. Leadership Award, the Gordon Grand Fellow from Yale University, induction into the Rock and Roll Hall of Fame, a star on Hollywoods Walk of Fame, the Rainbow Coalitions Man of the Millennium Award, the Rhythm and Blues Foundations Lifetime Achievement Award, and the Grammy Salute To Industry Icons Presidents Merit Award. In February 2011, President Barack Obama honored him with a Salute to Motown evening at the White House. In 2013 the Songwriters Hall of Fame awarded him their Pioneer Award, which honors the career of a historic creator of an extensive body of musical work that has been a major influence on generations of songwriters.Berry Gordys unparalleled contribution to music and popular culture is the basis for his play, Motown: the Musical, which had its world premiere on Broadway on April 14, 2013.
Close