Library Browse BIRDS ABOUT WATER: B... 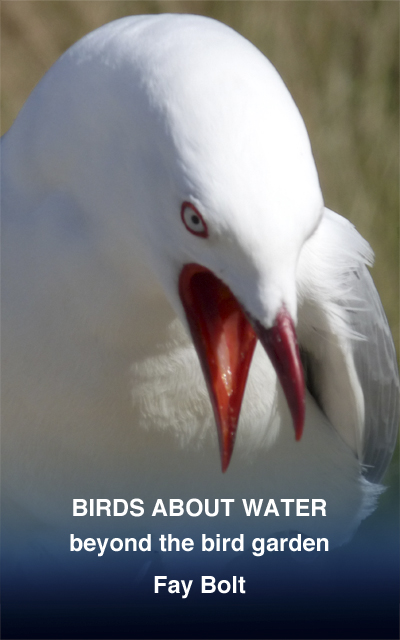 Birds about Water: Beyond the Bird Garden

Loading...
In Fay Bolt's new ebook we are beyond her bird garden and close to water. In 'Birds about Water' she asks... Have you ever seen hundreds of godwits roosting on a lonely beach? Or a View more
Save for later

Fay Bolt, the writer and photographer, was born and brought up on a farm in North Otago, New Zealand, and there she learned to love a garden and notice birds. Fay retired from a forty-year career as a teacher of music in primary and secondary schools having spent more than thirty of those years as Head of Music at Motueka High School in Tasman Bay. During those years Fay and her husband D made a large garden at their home in a river valley near Motueka. This rambling garden was a haven for birds, and there Fay waited with her camera and watched the birds. On her retirement, Fay and D self-published her book, 'The Bird Garden', and when all 2500 copies sold after its second print-run Fay adapted it to make two ebooks-'In the Bird Garden' and 'In the Bird Garden Again'. Her third ebook 'The Bird Garden Kitchen' reflects her love of cooking for family and friends-as well as her love of food. Fay and D have now left their treasured bird garden and live in a small townhouse with a pocket-sized courtyard. But birds have found them and still wait in the small trees... This is a different lifestyle for Fay and D but only five minutes away is their beloved Kumeras where they wander, looking for driftwood, picking up small stones, watching the birds about water. And those birds now appear in her latest ebook, 'Birds about Water: Beyond the Bird Garden'.
Close