Library Browse THE MYSTERY OF THE M... 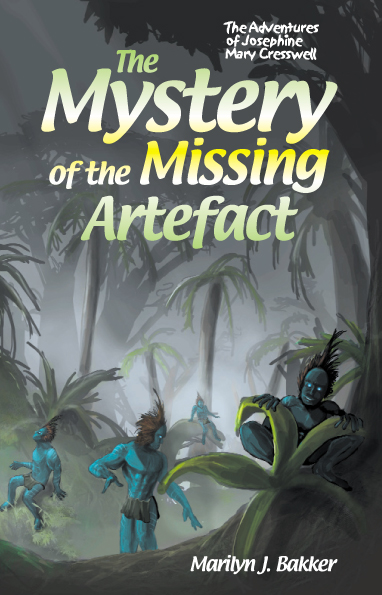 pdf
The Mystery of the Missing Artefact

Loading...
Set in the Coromandel in the 1950s against a background of actual events, Josephine unearths the fact that her family history is bound up with that of local Maori, and that her View more
Save for later

The Adventures of Josephine Mary Cresswell

The Mystery of the Missing Artefact
9780473217891
by Marilyn J. Bakker
illustrated by Reuben Horn
edited by Lynnaire Johnston
The Adventures of Josephine Mary Cresswell

Title: The Mystery of the Missing Artefact Author: Marilyn J. Bakker Review by: Lynnaire Johnston Lynnaire Johnston is a professional writer, a book reviewer and an editor with a broad experience i... View more

Marilyn J Bakker was born in Frankton, Hamilton, New Zealand, and moved to Gisborne at an early age. She was educated at Gisborne Girls High School, trained at Ardmore Teachers College, Auckland and later completed a B.A. Degree at Massey and Auckland Universities, in between a busy family life and career. Developing a life-long passion for Coromandel Peninsula was inevitable, following the purchase of a holiday home there in the 1970s. Years later, during a four hour commute between Auckland and the Peninsula, Marilyn's grandchildren, Michael and Nicole pleaded for a story and so began Danger at Devil's Cove and the adventures of Josephine Mary Cresswell. The history of the Coromandel and beauty of its flora, wildlife, beaches, bush and mountains feature strongly in Marilyn's first two children's novels, Danger at Devil's Cove and The Mystery of the Missing Artefact. An exciting sequel, The Mystery of the Missing Artefact, was recently released and a third book is in the pipeline to complete the trilogy. Marilyn is also currently working on an adult crime novel.
Close