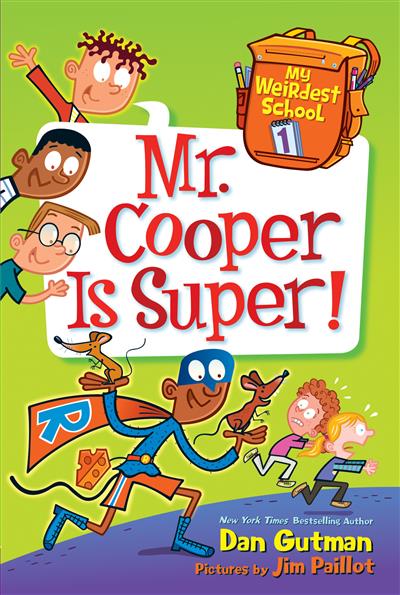 Loading...
With more than 12 million books sold, My Weird School really gets kids reading!In the very first book in the laugh-out-loud My Weirdest School series, A.J.'s third-grade teacher, View more
Save for later

Dan Gutman is the New York Times bestselling author of the Genius Files series; the Baseball Card Adventure series, which has sold more than 1.5 million copies around the world; and the My Weird School series, which has sold more than 12 million copies. Thanks to his many fans who voted in their classrooms, Dan has received nineteen state book awards and ninety-two state book award nominations. He lives in New York City with his wife, Nina. You can visit him online at www.dangutman.com. Jim Paillot lives in Arizona (another weird place) with his weird wife and two weird children. Isn't that weird? You can visit him on his weird website at www.jimpaillot.com
Close