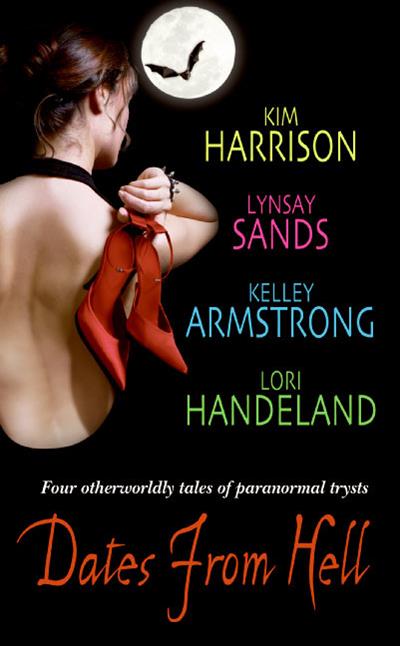 By Kim Harrison, By Lynsay Sands, By Kelley Armstrong, By Lori Handeland

Loading...
She thought her date was out of this world. Actually, he was not of this world . . .We've all been on bad dates, nightmare dates, dreadful experiences that turned out to be View more
Save for later

Kim Harrison is best known as the author of the #1 New York Times best selling Hollows series, but she has written more than urban fantasy and has published more than two-dozen books spanning the gamut from young adult, accelerated-science thriller, several anthologies, and has scripted two original graphic novels set in the Hollows universe. She has also published traditional fantasy under the name Dawn Cook. Kim is currently working on a new Hollows book between other, non related, urban fantasy projects. Lynsay Sands is the nationally bestselling author of the Argeneau/Rogue Hunter vampire series, as well as numerous historicals and anthologies. She's been writing since grade school and considers herself incredibly lucky to be able to make a career out of it. Her hope is that readers can get away from their everyday stress through her stories, and if there are occasional uncontrollable fits of laughter, that's just a big bonus. Please visit her on the web at www.lynsaysands.net. When librarians finally granted Kelley Armstrong an adult card, she made straight for the epic fantasy and horror shelves. She spent the rest of her childhood and teen years happily roaming fantastical and terrible worlds, and vowed that someday she'd write a story combining swords, sorcery, and the ravenous undead. That story began with the New York Times bestselling Sea of Shadows and continues with Empire of Night. Armstrong's first works for teens were the New York Times bestselling Darkest Powers and Darkness Rising trilogies. She lives in rural Ontario with her husband, three children, and far too many pets.
Close