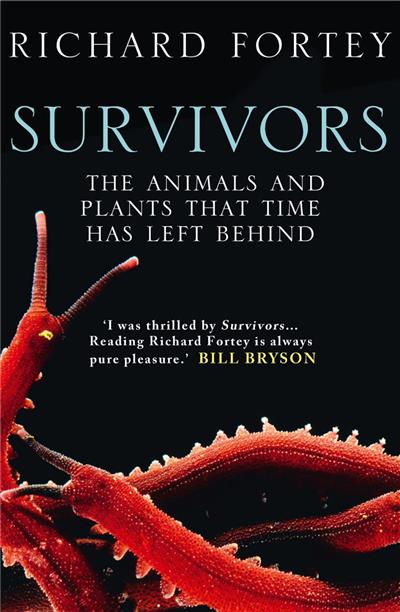 Survivors: The Animals and Plants that Time has Left Behind (Text Only)

Loading...
This ebook edition does not include illustrations. An awe-inspiring journey through the eons and across the globe, in search of visible traces of evolution in the living View more
Save for later

Praise for THE EARTH: 'A dazzling achievement. Richard Fortey is without peer among science writers.' Bill Bryson Praise for LIFE: 'This is not a book for people who like science books. It is... View more

Richard Fortey spent his working life in palaeontology at the Natural History Museum, specialising in trilobites and becoming a world expert. He was elected President of the Geological Society of London for its bicentennial year of 2007 and is a Fellow of the Royal Society and of the Royal Society of Literature. He has received the Frink Medal, the Michael Faraday Prize and the Lewis Thomas Prize for science writing, as well as the silver medal of the Zoological Society for science communication. He is the writer of eight previous science and nature books, including two Sunday Times bestsellers, all of which are still in print. He has presented many television programmes across the BBC and other channels.
Close